In a blog post on Friday, Arment, wrote that he was pulling his “Peace” app because he does not feel that it is his role to decide what content is blocked 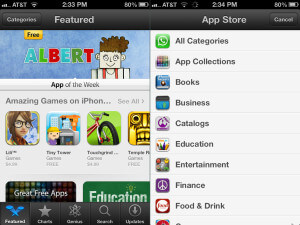 .“Adblockers come with an important asterisk: while they do benefit a tonne of people in major ways, they also hurt some, including many who don’t deserve the hit,” Arment wrote.

Arment did not respond to an e-mail and call requesting comment.

The controversy around ad-blocking software kicked up this week after Apple made it available on the new version of the iPhone operating system on Wednesday. Arment’s $2.99 ad-blocking app, Peace, was the No. 1 paid app in the United States over the past two days, according to Arment’s blog.

According to Apptopia Inc, a Boston-based company that tracks app store downloads and revenue, the Peace app generated $113,521 in gross proceeds in the 36 hours it was live.

“Even though I’m ‘winning,’ I’ve enjoyed none of it,” Arment wrote on his blog. “That’s why I’m withdrawing from the market.”

Ad-blocking tools are designed to help Web pages load much faster by stripping out so-called scripts and trackers that are used to serve the ads. However, many argue that such tools hurt publishers, particularly smaller ones, by forcing them to develop dedicated iPhone apps, rather than relying on mobile-friendly websites. Some have even suggested that using such apps amounts to a theft that will all but destroy the Web as we know it.

“Ad blocking hurts publishers, prevents businesses from communicating and competing, reduces the diversity of voices in digital media, and hinders consumers from obtaining important information about products, services, even politics and culture,” wrote Randall Rothenberg, president and CEO of the Interactive Advertising Bureau, in an e-mailed statement. “All it does is empower the biggest companies, which are the only ones that can afford to end-run the roadblocks and toll gates.”

Some 20 million people used ad blockers last year, up to 40 percent from a year earlier, resulting in $22 billion in lost advertising revenue, according to a study by Adobe and PageFair, an anti ad-blocking tech company.